Our games
The first immersive quiz games where anyone can win, and you'll have 100 times more fun than by sitting on your couch. Hit the buzzer like on real TV-set but with your friends, family, team members.
Try our original quiz, our music quiz and come back for our special ones with kids. Play in a room in total immersion with lights and sounds, voice-over and jingles and discover a brand new way of entertainment for special occasion or random gathering.
Quiz

Our quizzes are fun and can be answered by anyone. Those who are not normally top of the class will have their chance as much as the highfliers thanks to an extraordinary variety of questions and jokers.

Forget everything you think you know about music quizzes! The buzzers don't lie. Take a classic music quiz, add a dash or tactics, mini-games, jokers and tricks and you'll have ours. 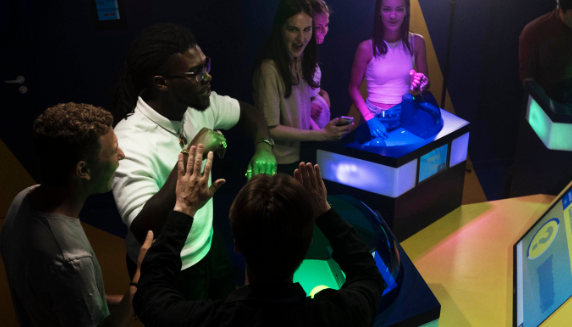 Birthdays
Each year, it's the same conundrum: what to do for your friends your kids or even your birthday? Gathering your beloved ones around a fun, immersive, indoor activity is a puzzle sometimes. Not anymore with Quiz Room: plan the birthday party of your dream up up to 18 persons/kids at the same time in one Quiz Room.

Organize a game session and add a after award, a caterer, some music and stay for as long as you want!
Kids' birthday

You're looking for an innovative idea to celebrate your child's birthday with his friends? Combine a quiz game of your choice and a tea party with cake! 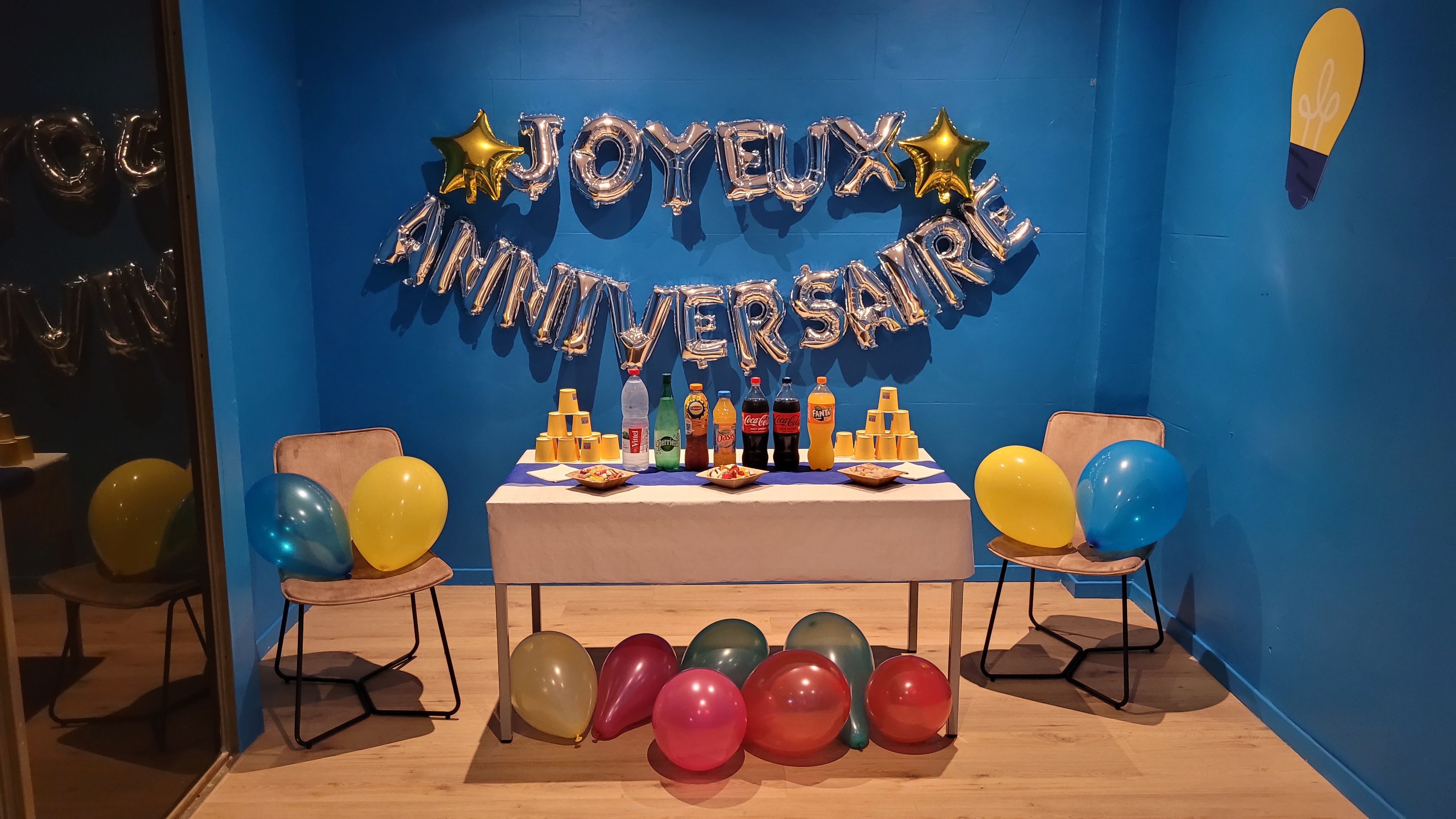 In need of a new idea for your bestfriend, a member of your family or yourself for this year's birthday? We have personnalized and fun options! 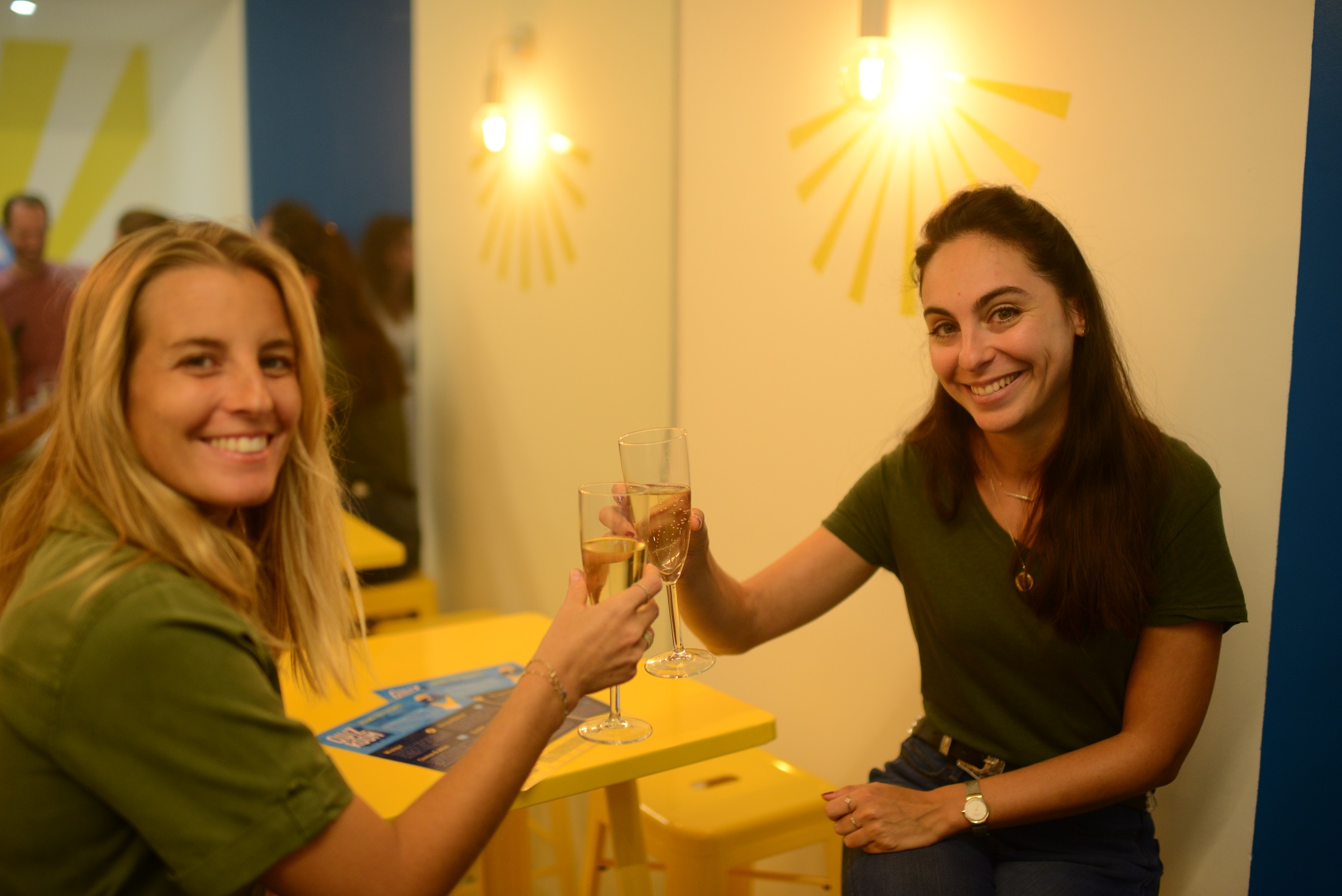 Events
For every event to be unique is to plan it for the right person at the right moment. We know what we are talking about as our majority of reservation is for a special event. We offer personnalization for every special occasion. Pick yours and see for yourself! 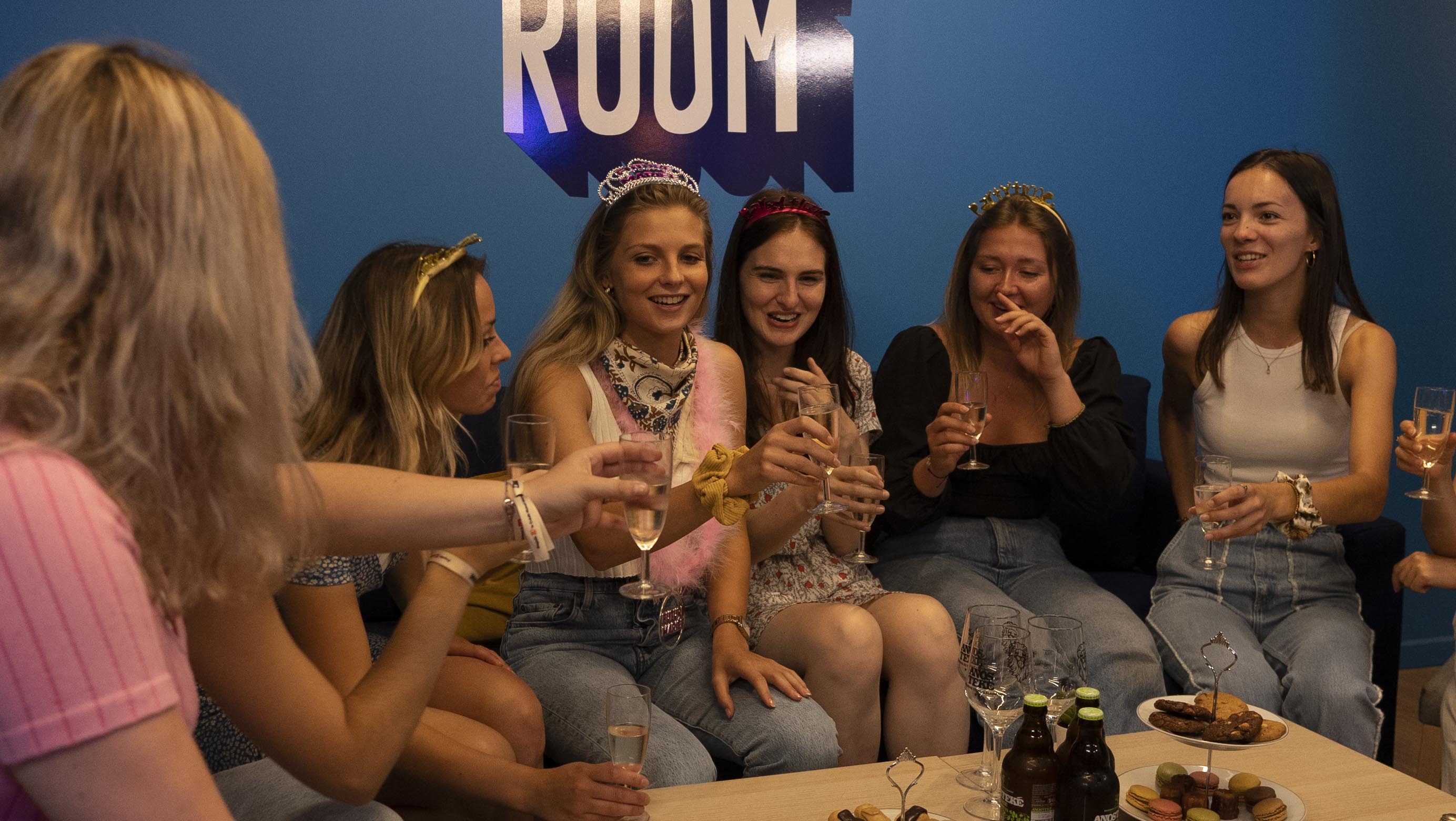 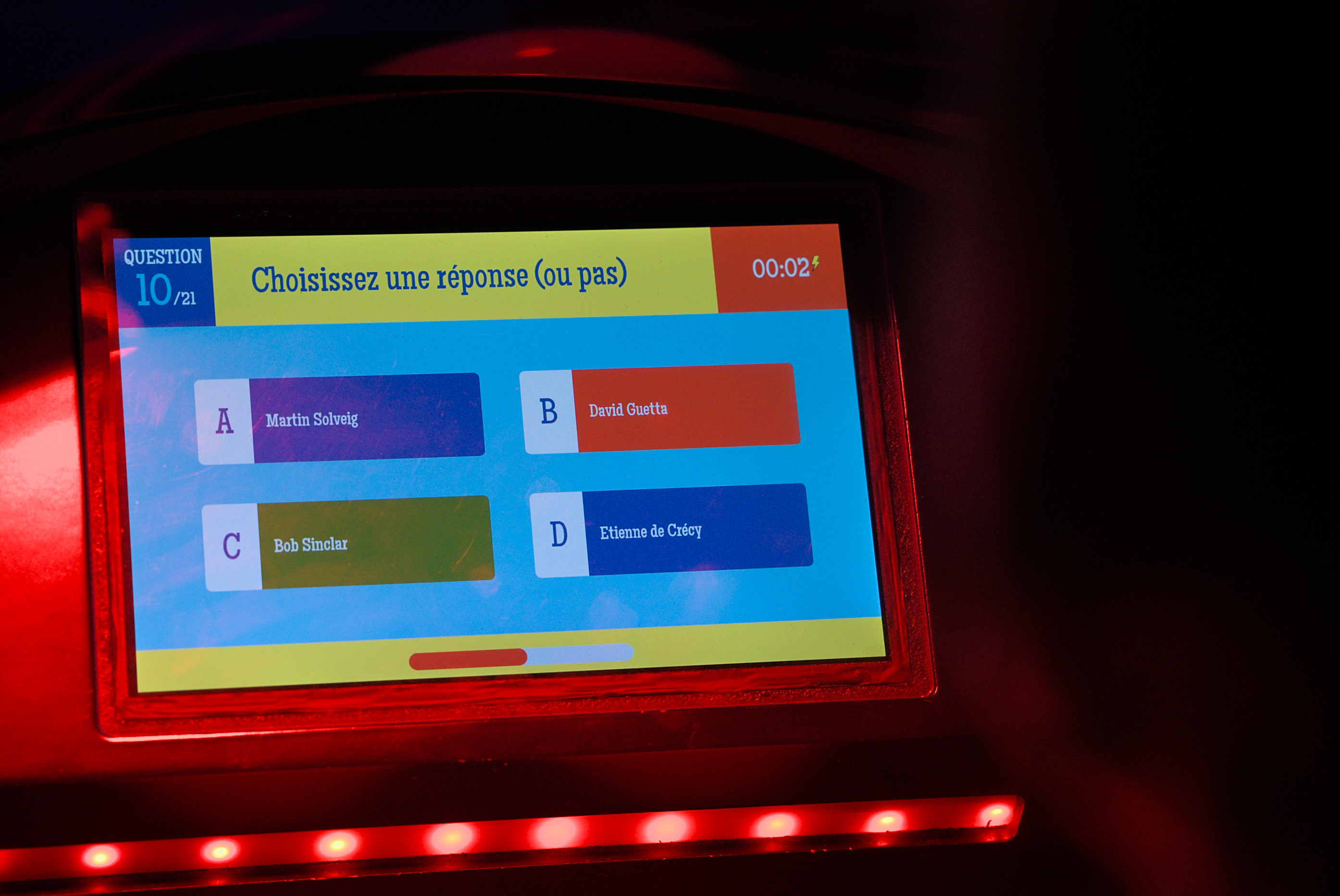 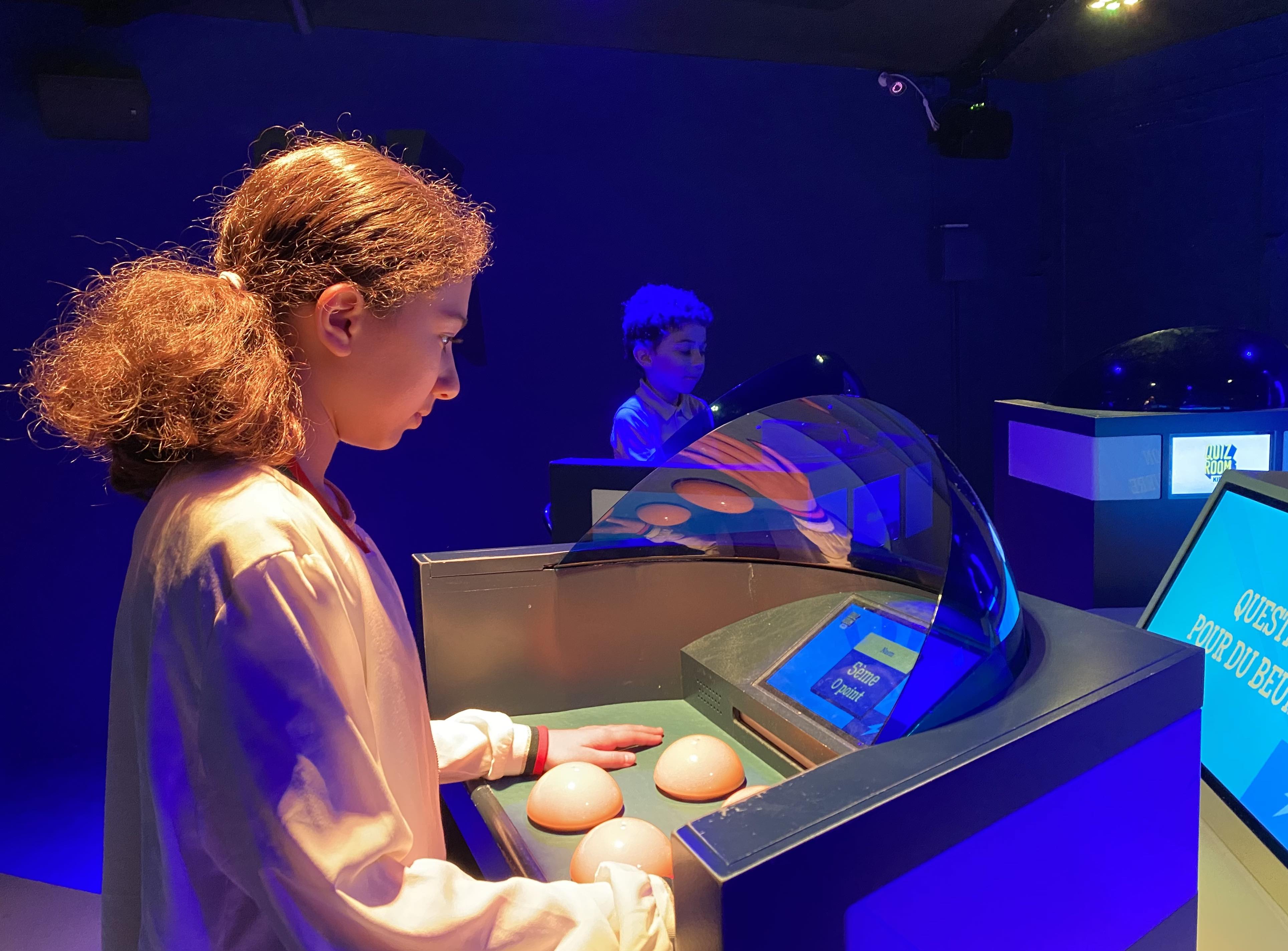 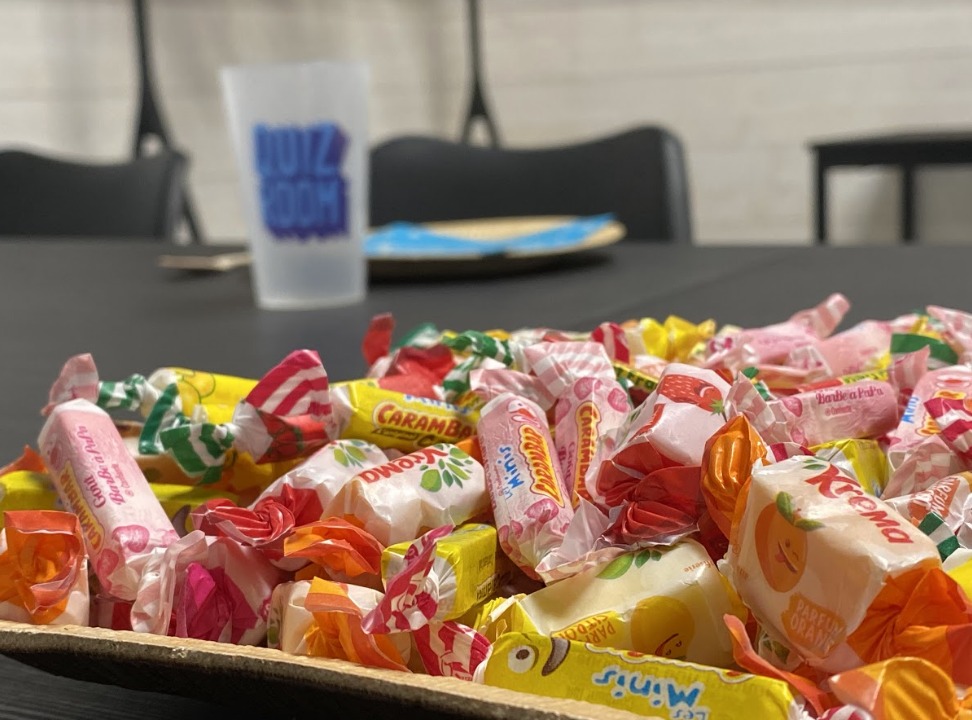 Quiz Room Kids Vannesis THE immersive game dedicated to children If you are looking for an original activity for your children and their friends8 years old, our quiz is made for them! A fun and immersive game for a fun afternoon or an unusual birthday! Quiz Room Kids is a quiz in a TV set setting that lasts approximatively 1 hour or more if you want to add a childrens' tea.

Your kids can play solo or team up with their friends, cousins or siblings. They can go wild: Sarah, the friendly voice-over will guide them to score, think and play their assets at the right time, trust her!

Musics, jingles, videos, tricky questions: everything is adapted to the young age<.b>.If you're looking for an original activity for kids and their best friends, our special is for you!

A fun and immersive game

With rules that change with each of the 3 rounds and multiple jokers at their disposal, children will be called upon to use their strategic side! What a great time to spend with friends in a setting that will make them dream from the moment they enter the room!
Many surprises await during their game, but we hush now, as it's more fun to discover it by yourself!
One session stands for 2 games and an award, for a total stay in our center, of approx. 1 hour.‍

Quiz Room Kids is a quiz in a TV set setting that lasts between 1 hour and 1 hour 10 minutes with 2 parts included, and where the questions and the dynamics of the game are adapted to the age of the children. Kids means fun! Our quizzes are funny and talks to their generation. May dunces have as much odds has nerds thanks to an huge variety of questions appealing to curiosity, memory, senses and interests.
‍
And who knows, maybe they'll learn something in the process?!‍

Personalize the questions for an even crazier moment (optional)

You can customize up to 10 questions out of the 60 questions that make up the 2 games. Don't panic, we'll explain how to do it. We'll share a file for you to fill up with questions, options and good answer; you can also share it with friends and family to gather everyone around a common project!

‍This little effort will bring  a dose of fun and will make the event all the more unique and memorable! Our actors will record your questions for an even cooler moment! The kids will hallucinate!

Celebrate the birthday after the games! (optional)

In most of our centers in France, Switzerland, Belgium and Australia, it is possible to privatize our lounge after the games to celebrate your child's birthday! Bring a snack, bring games, play your playlist... Included: rental for 1h30 max, soft drinks

Not included: cake and buffet.

The lounge is at your disposal to organize an unforgettable birthday party! Contact us to know more!

Prices and options for Quiz Room Kids in Vannes

What color is the milk of hippos? What animal has square droppings? What are the ulna and the radius? These questions are made for those who are passionate about small furry animals (or not) and for those whose ultimate dream is to be a subscriber to Sciences & Vie Junior!

What color hat does Wario, Mario's enemy, wear? In which outdoor game can you reach "Heaven"? In which card game should you avoid getting a "+4"? Questions about the games... but beware: the answers are not child's play!

How many players make up a handball team ? Which French soccer player is often compared to a Ninja Turtle? What is the name of the instrument used to hit the ball in baseball? Answer these questions and show everyone that you are the one who deserves the gold medal!

From which cartoon is the song "Je voudrais déjà être roi" taken? Who is the brother of the singer Angèle? Which member of the jury of The Voice Kids is the singer of the song "Andalouse"? You don't need to know how to sing to become a music star at Quiz Room!

Why is white chocolate actually white? What is the oldest Haribo candy? In France, where does the President of the Republic live? Who said that you can't learn by having fun?
Book now

They buzzed at Quiz Room Vannes